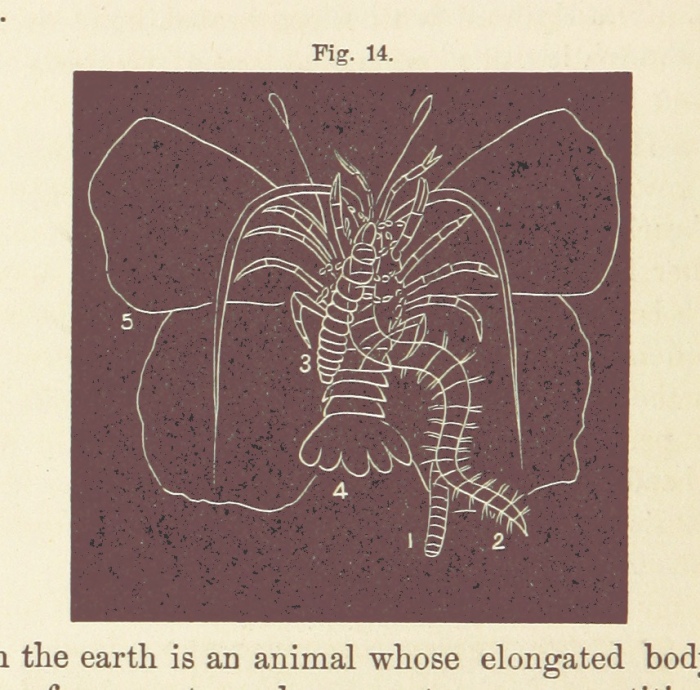 Courtesy of The British Museum

What is the most upsetting creature you’ve ever seen?

I’m inclined to just send you a picture of myself at 5 a.m., but no Midwesterner is ready for such horror.

I often feel that a misshapen humanoid is most off-putting of all, because we know its anatomy best, and any exaggeration of one feature or absence of another makes us hysterical. (A two headed goat fetus intrigues us, but put a jar of conjoined humans on the table and every anatomy student in the room will turn green). Then again, we often feel the most sympathy and desire to help a malformed homo sapiens. We are a fickle race, we humans.

But the creature that most appalled me was the Crustaceapæde, which looks something like a crayfish with wings. If you’re unfortunate enough to find one, it’s probably because you’re lost in the Yucatán jungle, and the little devil has glided down from a branch. The males build nests inside trees and rarely come out, but the females possess two pairs of pincers and have a nasty temper. When the female feels threatened, she flies through the air and digs her claws into the interloper’s face. When she’s fully latched on, the Crustaceapæde unleashes a long appendage, which (you guessed it) looks like a centipede. It drills into the human cheek and injects larvae into the tissue. There the larvae incubate, until they are mature enough to crawl through the host body, devouring the human from the inside and excreting pain-inducing toxins.

I’ve only seen a Crustaceapæde under glass, I’m only too grateful to report. But others haven’t been so lucky. The Mayans called the Crustaceapæde “the armored bat that devours the bowels.” If I had to pick one candidate for extinction, I wouldn’t have to think twice.