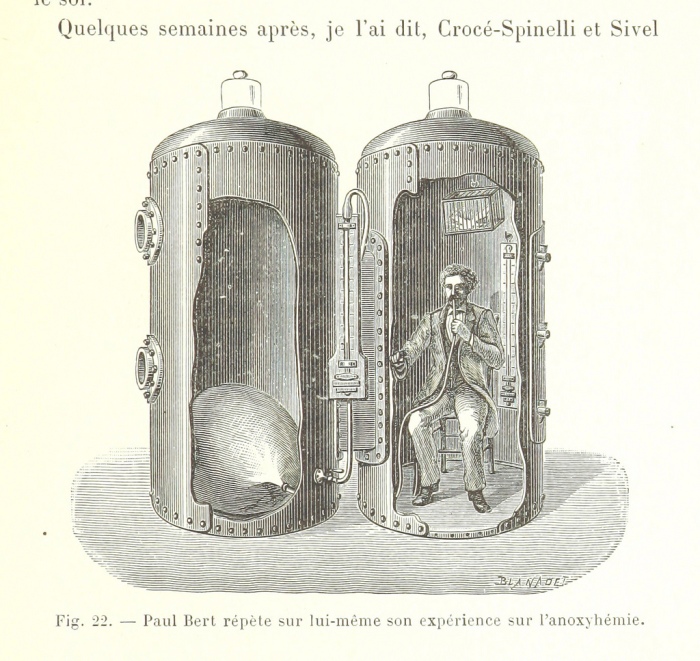 Courtesy of The British Museum

While many are familiar with Paul Bert, the celebrated French scientist, few know about his assistant, François Couchot. Couchot grew up in Paris, became a law clerk, and eventually studied physics at the Sorbonne. Couchot expressed a lifelong ambition to “transport men by way of a separate dimension, in which time neither passes nor can be measured, as a kind of secret passage to our own past and future.”

Bert was an acclaimed zoölogist and didn’t know what to make of Couchot. After an awkward apprenticeship, they went their separate ways. But Bert’s research into respiratory physiology inspired Couchot to build his “time capsule,” which he hoped could travel through time.

When the capsule vanished from Couchot’s laboratory in 1882, his colleagues assumed the entire project was a hoax. Couchot was not well-liked at the académie, and he had a reputation for complaining to anyone who would listen. Most assumed that Couchot had smuggled the contraption out of his lab in the middle of the night and run away to Marseilles to reinvent himself, as he had occasionally threatened to do.

Couchot’s lab was torn down in 1899 to make way for a new post office. One morning in 1902, postal workers were shocked to discover the top of a capsule jutting out of the floor. The metal casing had fused seamlessly with the tile. No one at the time realized that June 3, 1902 was precisely 20 years (to the day) after Couchot and his time capsule disappeared without a trace. Since most of the capsule, and anyone inside it, would have melded with the concrete foundation, any theories to this point are inconclusive.