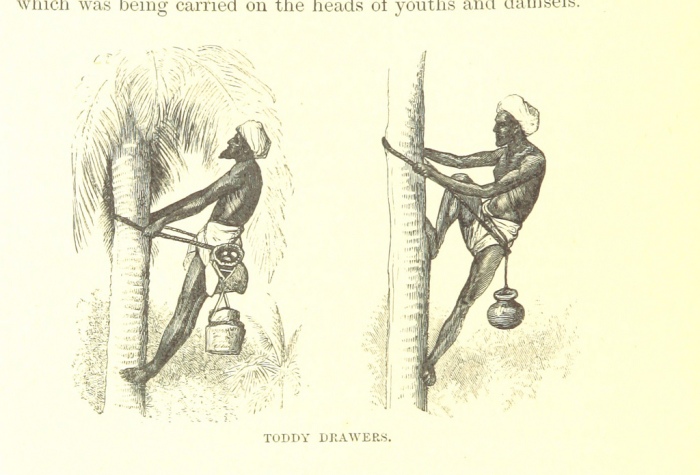 When Ernest Brokeridge III arrived in India, he planned to build a palm wine empire. He bought large tracts of land and hired locals to tap the palm trees for sap.

Brokeridge was a famous eccentric. He believed that he could detect radio signals and read minds, and he often wore a pair of special ear muffs that he claimed aided in this process. He also had a collection of Australian boomerangs, and he spent entire days throwing them at empty gin bottles behind his house.

When he moved his operations to the village of Mharathvapuram in 1891, Brokeridge was convinced that the untapped trees would earn him a fortune. But no locals would climb the trees for any price. They claimed the trees were “possessed of evil spirits.” Lacking a workforce, Brokeridge imported a corps of Tamil laborers, who knew nothing of the region.

Within days, the Tamils started to disappear. At first Brokeridge assumed they simply abandoned the site. As punishment, he docked the general wage, which angered the workers.

Then, one evening, Brokeridge was strolling through his property, and he noticed a laborer working late. The man climbed a tree and inserted his tap just below the canopy.

Suddenly, the palm fronds dropped down, folding like an umbrella. Brokeridge reeled back in horror: The worker was clearly trying to scream, but his voice was muffled inside the dense scrum of foliage. All Brokeridge could hear was “a kind of sucking sound” and “the occasional snap of bones.”

The next day, the tree looked just like it had, except that its trunk looked distended.

“I was reminded of a snake, which has consumed an animal too large for its gullet,” recalled Brokeridge.

He sold the property and returned to England, where he opened the first club for “men and women of the telepathic persuasion.” He died of late-stage syphilis in 1902.