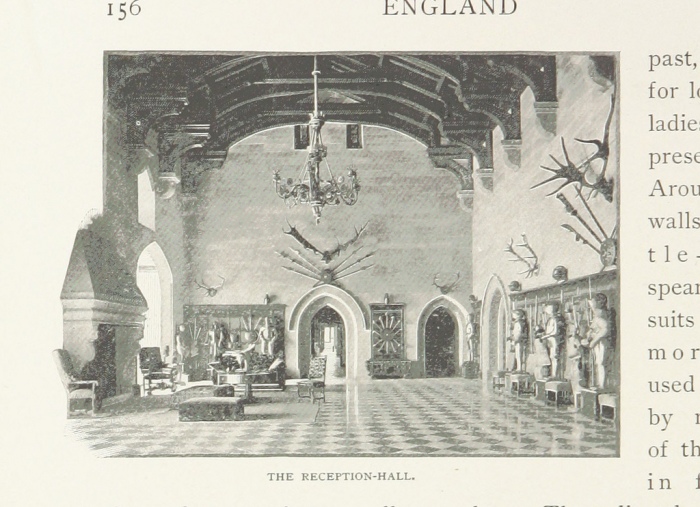 Francis Willingham had an extraordinary parlor trick: In the middle of a dinner party, he would clink a glass, make a short speech (usually thanking his guests), and step through the wall, vanishing from sight.

At first they thought it was a magic trick. Willingham was already an eccentric metallurgist, who had made a fortune manufacturing high-quality alloys. He purchased an estate in Surrey, England, when the ancestral family went bankrupt. There he resided, from 1913-1919, hosting dinners for local gentry.

But as news of the trick spread through Willingham’s social circles, more people requested to attend his parties in order to witness his disappearing act firsthand. Some guests arrived uninvited, and they spent their time roaming about the house, checking for secret passages and moving panels.

These parties stopped abruptly in June, 1918, when British intelligence officers raided the house and interrogated Mr. Willingham. No one was permitted to enter or leave the 321-acre property for three days, and many of his belongings were confiscated for examination.

Within a year of the incident, Willingham went into hiding, probably in the South Pacific. To this day the house registers high levels of radiation on a standard Geiger counter, yet the technicalities of Willingham’s trick were never explained.